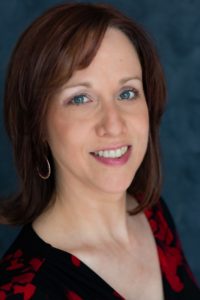 Heritage Acupuncture founder Janet Lee, L.Ac., MSTOM, Dipl. OM, has traveled the world to study traditional medicine systems. A graduate of Pacific College of Oriental Medicine in San Diego, CA, Janet attended an externship at Chengdu University of Traditional Chinese Medicine before beginning her practice in 2007. As a Rotary Ambassadorial Scholar in 1995, Janet studied Ayurveda and yoga during her affiliation with the University of Pune in Maharashtra, India. She is a yoga instructor trained at the pioneering Kaivalyadhama Institute in Lonavla, India, one of the first yoga research centers. She also studied Ayurveda with Dr. Vilas Nanal in Pune. Janet has special training in the modern orthopedic application of acupuncture, through the teachings of sports medicine expert Matt Callison. She provides in-depth analysis and treatment of orthopedic conditions, treating problems ranging from back pain to neuropathy. She also is trained in the Egoscue method of stretching for pain-relief and has studied other postural and therapeutic exercise techniques. Janet completed a two-year certificate course with the Institute of Classics in East Asian Medicine, an in-depth classroom series and clinical experience focusing on classical Chinese herbalism.

As a practitioner of functional medicine, Janet can order and evaluate specialized testing that measures organ and physiological performance. This service is especially helpful for patients with thyroid issues, food allergies and a number of other conditions.

Consultations with Janet are personalized and thorough. She believes in empowering patients with take-home tools ranging from recipes to exercises – tools that that turn health goals into reality.

Dipl. OM: The National Certification Commission for Acupuncture & Oriental Medicine (NCCAOM) administers a five-part exam, the successful completion of which results in national accreditation as a diplomate. NCCAOM board certification indicates to peers and patients that a practitioner has met national standards for safety and competency.

L.Ac. Licensed Acupuncturist is a designation acquired after passing a rigorous state board exam that encompasses expertise in both acupuncture and Chinese herbalism. L.Ac.’s must maintain their licensure with continuing education units. Janet Lee, L.Ac., is licensed through the North Carolina Acupuncture Licensing Board and the National Certification Commission for Acupuncture & Oriental Medicine.

Janet Lee (formerly Janet Webb) continues to practice her former career of journalism. Read some of her articles here: Keep The Home Fires Burning: Stoke your energy with warming foods from Traditional Chinese Medicine,  A Silent Treatment, 5 Types of Tea From Around the World. Read Testimonials from patients here.